LRG Provisions Is Closing, Ideal Bagel Is Back Open, and a Lot More Restaurant News 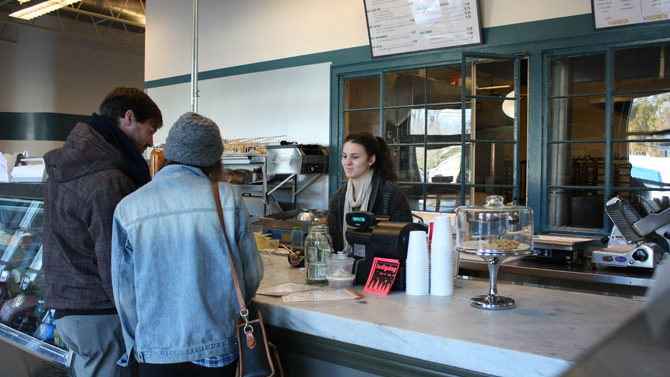 LRG Provisions, which has operated as the catering arm of Last Resort Grill but also as a restaurant in its own right, announced recently that its last day in business would be Sept. 24. Catering has been hit particularly hard by the cancellation of large events due to the COVID-19 pandemic. Melissa Clegg, co-owner of Last Resort Grill and LRG, and owner of both of their buildings, recently purchased Cecilia Villaveces Cakes, which has long supplied Last Resort with desserts. Last Resort is also in the process of being sued by former employees for wage theft.

Downes also used to own part of Ike & Jane, and that location, long empty after the closure of the beloved doughnut supplier, seems likely to house a third location of Wing House Grill, according to the Athens-Clarke County Planning Department.

Krista Slater of The Expat is opening up a wine shop called The Lark in the former location of Avid Bookshop on Prince Avenue, good news for those who still miss Gosford Wine.

JR Crickets on Hawthorne Avenue is closed up, meaning you will have to get your lemon pepper wet wings elsewhere.

The Pine in Five Points has shifted from being primarily a restaurant to being more of a wine bar, with tapas, cheese, charcuterie and oysters.

Mother Pho downtown is back open.

Tacuari Sabor Latino, the Uruguayan place in Watkinsville that used to be on Fritz Mar on the Westside, is opening a second location, in the former Transmetropolitan on Oglethorpe Avenue.

Nedza’s brick-and-mortar location on Lumpkin Street, in the former Your Pie, is open.

Stacked Sandwiches and More, a chain, is open on Baxter Street, selling just what it sounds like.

Ding Tea is having a soft opening next week (Sept. 9-11) on Washington Street downtown.

The folks behind the La Cabana restaurants are opening up Los Primos Taqueria Express, in the former Golden Chick on Highway 441 South, with breakfast as well as lunch and dinner. They’re keeping the drive-through. First official day is Sept. 8.

The Local 706, a fancy sports bar in the former Homeplace in Five Points, is under construction and has been promising “grand opening soon” for a couple of months.

Knuckies Pizza and Hoagies is opening in The Mark at some point.

David Hale’s Downtown Songbird Mural Will Be Auctioned Off