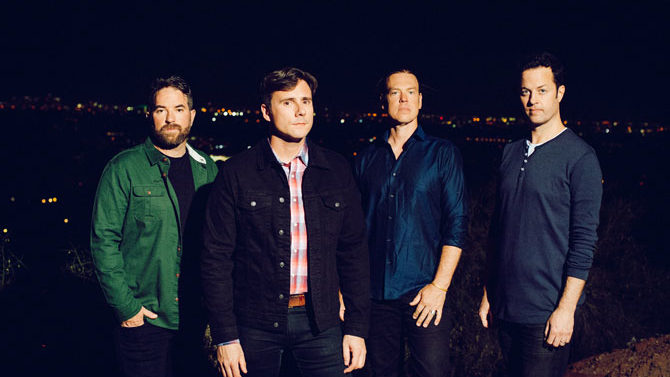 After establishing a ringing, moonlit template for the following two decades of emo acts with the 1999 landmark album Clarity (can you still feel the butterflies?), Arizona rockers Jimmy Eat World followed up with Bleed American, a muscular LP that scored big thanks to the enduring radio hit “The Middle.” The band hasn’t seen the same level of mainstream success since, but it has continued pumping out respectable albums in the emphatic, melody-drenched vein of those early outings. Just last month, Jimmy Eat World dropped a 10th studio record, the aptly titled Surviving, which plays out like a sonic tribute to the band’s enviable career.