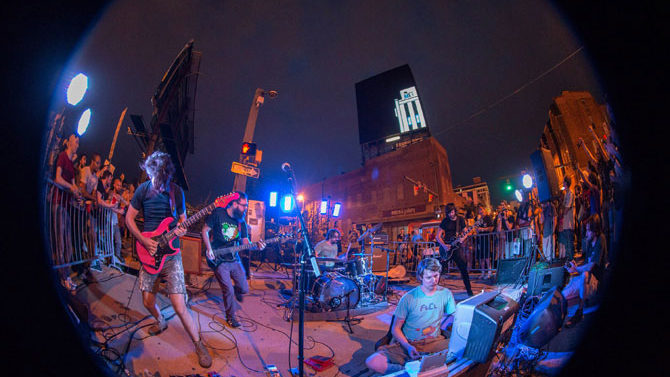 Since powering on in Athens 15 years ago as Contraband, video-game tribute act Bit Brigade has become a giant on the gaming-festival circuit, wowing nerds nationwide with its intricately detailed playthroughs of NES classics like “The Legend of Zelda” and “Metroid.” The group is currently on a massive, two-plus-month tour, with “Mega Man II” and “Castlevania” its nostalgia-provoking source material this time around. If you don’t know esports from Esperanto, don’t fret: One need not be a gamer to appreciate Bit Brigade’s explosive math-rock prowess. Local metal band Marses shares Saturday’s bill, which also features Japanese rock sensation Pinky Doodle Poodle.