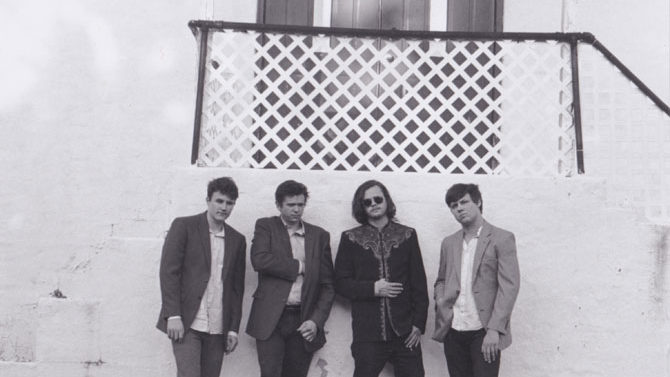 Led by impassioned singer-songwriter Jack Cherry, Juan de Fuca specializes in a droll, purposeful brand of indie rock that will appeal to fans of groups like Deerhunter and The Strokes. The band, which formed here in town and is now based in Atlanta, celebrates the release of its new album, Solve/Resolve—recorded at Chase Park Transduction and out now on local imprint Arrowhawk Records—with a show at the Caledonia on Friday. The Fuca fellas will be joined on the bill by melodious Athens punks Dead Neighbors, whose long-rumored new LP may finally appear in 2018, as well as new, Atlanta-based experimental pop crew Trashcan.