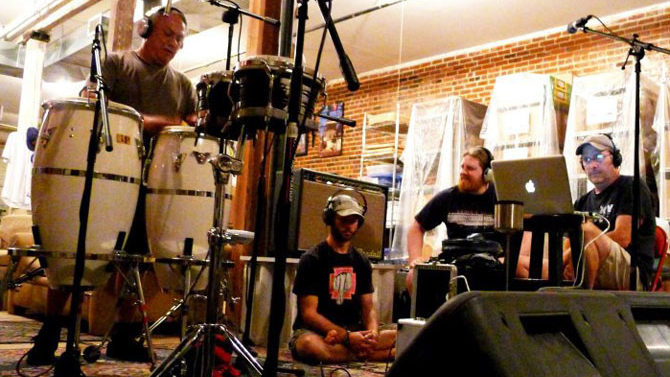 Since forming around the turn of the millennium as Lions From Zion, Athens-based rock band Lionz has released four albums of solid, eclectic music infused with a variety of global flavors and a healthy dose of Southern swag. The group has seen various periods of inactivity while its members worked on their many other projects, but has nonetheless remained a guiding force on the local jam-band scene for over 15 years. Lionz suffered a blow in 2016 when its longtime guitarist, Daniel Marler, died suddenly, but the band is soldiering on in the spirit of its late colleague, headlining Nowhere Bar on 420 Day and prepping a fifth studio LP, to be titled Already Changed.