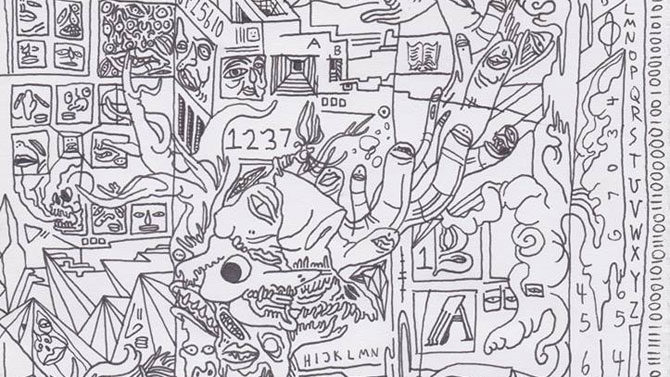 Fifteen-year-old Jeremy Kiran Fernandes’ illustrations—often of swirling, psychedelic characters—have been appearing all over town in the form of album covers and show flyers for years. He is one of four interns currently assisting David Hale in creating a mural celebrating the 20th anniversary of AthFest. Inspired by 20 songbirds of Georgia, the mural will be installed downtown on the exterior wall of Philanthropy near The Rook & Pawn in time for this summer’s festival. The opening reception features live music by Caterpillar, LYR and a special set by Jeremy and his father, John Fernandes. Works will remain on view through May and will be accompanied by a painting on Flicker’s big window.