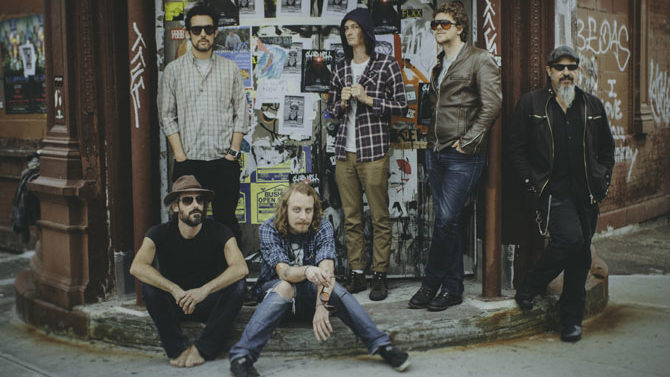 When its self-titled 2012 debut arrived, Diamond Rugs was assumed by most to be a serendipitous one-off project, the party-rocking product of a lucky chain of chance encounters. But three years later, the supergroup—featuring Athens’ T. Hardy Morris alongside past and present members of Deer Tick, Black Lips, Los Lobos and Six Finger Satellite—is back with another LP, the vaguely more polished though still Replacements-y Cosmetics, and hitting the 40 Watt Friday. Deer Tick frontman John McCauley still handles the majority of the band’s songwriting, and fans of the Rhode Island rockers will find a lot to like. If you’re in the market for simple songs chock-full of booze and belligerence, Cosmetics is your jam.