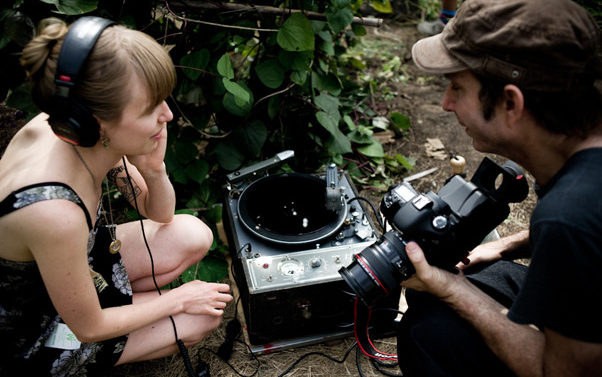 Inspired by the late folk historian Alan Lomax, filmmakers Alex Steyermark and Lavinia Jones Wright traveled across America collecting local sounds wherever they stopped, inviting musicians to record one three-minute song in one take, with one microphone, on a 1930s-era direct-to-acetate Presto recorder. The resulting film, The 78 Project Movie, captures the warmth and magic of these sessions and reminds us of the ineffability of American music, not to mention the simplistic beauty of early sound technology. As a serious bonus, to accompany a screening of the film, Wednesday’s event at Ciné will feature a live Presto recording session with Drive-By Truckers frontman Patterson Hood.