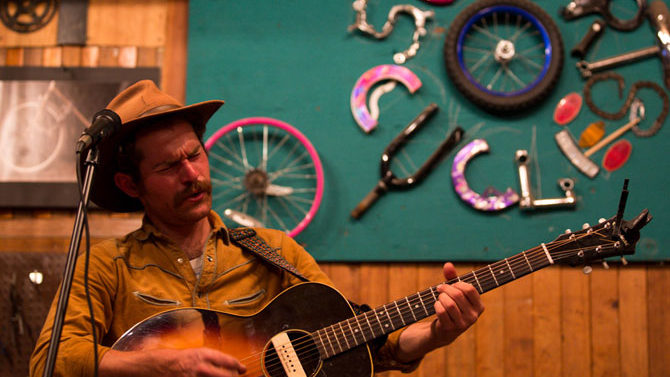 Oregon-based singer-songwriter Leo J. has a pretty distinct schtick. Since last summer, he has toured the country via bicycle, leaving his home state armed with camping gear and a guitar, traversing the Rockies and the Midwest and finally arriving on the East Coast last October. After spending a few months in New York, he has set off for the east-to-west portion of his journey. The story could easily overshadow the music, but luckily, it does not. J., who played guitar in Brooklyn buzz act The So So Glos before striking out on his own two wheels, has an innate understanding of composition and melody. His debut LP, homeland for the restless, is full of stark, compassionate folk tunes that would make John Prine proud. Local folkie Brian Dinizio opens J.’s Athens gig.