The Pine Is Expanding, Baxter Is Getting More Pizza and More Restaurant News 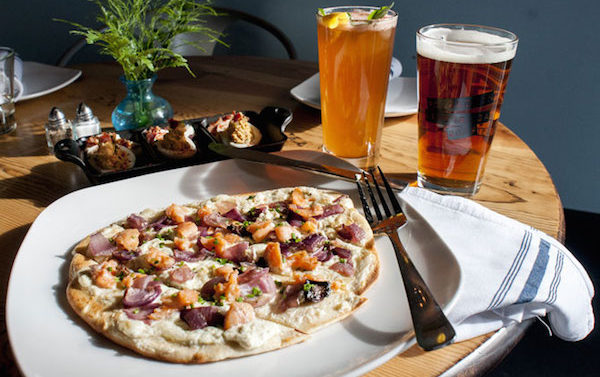 The Pine, in Five Points, is adding a downstairs bar called The Root, which will open in August. Co-owner Scott Parrish said it will be open seven days a week, until midnight Sunday–Wednesday and until 1 a.m. Thursday–Saturday. Unlike the upstairs, it won’t serve food, but it will have “a tap and can list, a handful of wines and craft cocktails and a sizable whiskey selection,” said Parrish.

The Baxter Street strip that still has Wingster and previously housed Domino’s Pizza (which moved across the road) and Skogie’s (which closed) has a sign up advertising a location of pizza franchise Hungry Howie’s to open soon. Hungry Howie’s specializes in “flavored crust” pizza and has a few other stores in Georgia.

Etienne Brasserie, downtown, which has had some difficulty paying its employees, finally seems to be closed, with paper up in the windows, no one answering the phone (although it’s not disconnected) and a sign on the chalkboard outside the door that says as much. Its sister restaurant, La Dolce Vita, just upstairs, appears to be still open.

Lighthouse Seafood, which both retailed and cooked fish out of a space at Gaines School and Lexington roads for a time before moving to Statham, is back in business in Athens at 585 Vine St., serving lunch and dinner Wednesday–Saturday.

Is This Anti-Discrimination Law Strong Enough?