Get Your First Taste of Southern Brewing Co.’s Beer 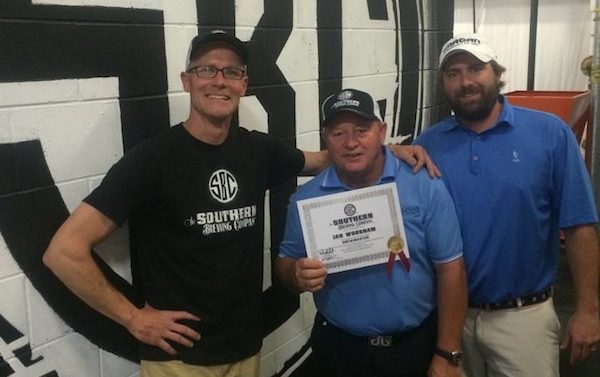 Southern Brewing Co. will offer six beers at the festival: a kolsch, an IPA, a milk stout, an English bitter and two brewed with wild yeast.

The 11,000 square-foot brewery will be opening soon on Collins Industrial Boulevard, near Athens Tech. The company has been contract-brewing its beer while the facility is under construction.

“We’re in the process of putting the finishing touches on now and are gearing up to host live music and other special events,” co-founder Rick Goddard said in a news release. “We’ve got the space and the character to be a destination brewery unlike anything in the area.”

At the Masters this week—if you’re into that sort of thing—1991 champion Ian Woosnam will be wearing an SBC cap.