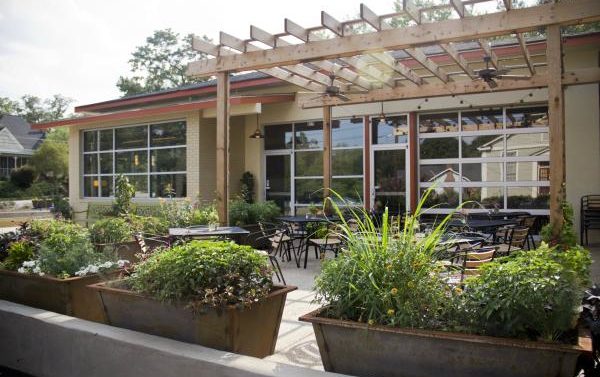 Heirloom Cafe, one of Athens’s many great restaurants.

Athens is the best foodie city for groups in the Southeast, according to an online poll of ConventionSouth magazine readers.

Memphis was first in the Mid-Atlantic region (Maryland, the District of Columbia, Virginia, North Carolina, Tennessee and Kentucky), followed by Durham, NC, and Washington, DC.

Austin, TX, was first in the Southwest region (Texas, Oklahoma, Arkansas and Missouri), followed by San Antonio and Dallas.

Great food is a big draw for meeting planners, Marlane Burdock, associate publisher and editor of ConventionSouth, said in a news release.

“Each of the 12 cities on the 2014 Readers’ Choice list of ‘The South’s Best Foodie Cities for Groups’ represent (sic) the best of the best when it comes to offering traveling groups a wide selection of unique, intriguing and delicious cuisine,” Burdock said. “Whether groups are coming to town for a business meeting, a trade show, a wedding or other event, their attendees are sure to be delighted by the food offered at these cities.”

The winners will be featured in the magazine’s May issue.

SXSW in Review: The Autumn Defense