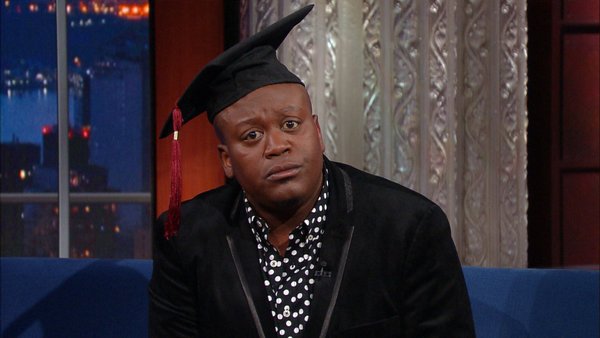 Tituss Burgess on “The Late Show.”

It didn’t rise to the level of R.E.M.’s feud with Donald Trump in 2015, but two celebrities with Athens ties—Drive-By Truckers frontman Patterson Hood and actor Tituss Burgess—both mixed it up with the powers that be in 2016, and judging by the online traffic, Flagpole readers loved it.

The saga over Hood’s former house in the Potterytown neighborhood just east of downtown started around this time last year. The Hoods moved to Portland and sold their house to local student-housing developers Landmark Properties—on the condition that friend Laura Carter could move the house to the Orange Twin compound.

Rainy weather prevented Carter from moving it in time, so Hood penned an open letter in an effort to publicly shame Landmark CEO Wes Rogers into extending the deadline.

To which Rogers cheekily responded, fine—if you give me back the $800,000 I paid you for the house.

In April, Burgess, an Athens native and star of Netflix sitcom “The Unbreakable Kimmy Schmidt,” called the Georgia legislature “shady”  on “The Late Show” for passing bills allowing Christians to discriminate against gays and lesbians and legalizing guns on college campuses. (Gov. Nathan Deal would go on to veto both bills.)