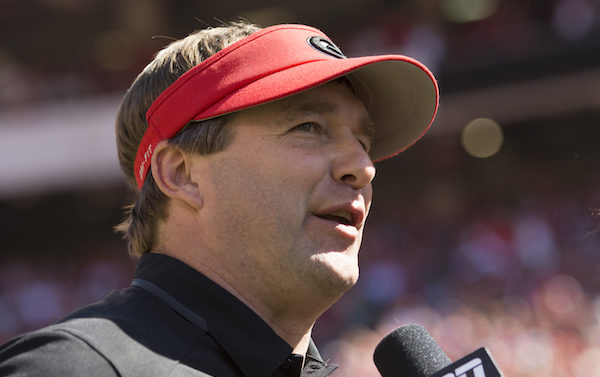 ESPN.com published a profile today of Georgia’s new football coach, Kirby Smart. The takeaway is Smart knows the Dawg Nation is antsy, and he’s gonna get fired if he doesn’t win an SEC championship in the next couple of years.

Smart replaced Mark Richt, who was essentially fired last year after averaging 10 wins a season when fans and eventually administrators grew frustrated that the team couldn’t break through from good to great.

Smart’s first recruiting class was ranked seventh nationally, and he talks about how important recruiting is, and how UGA’s new facilities will help him in that regard.

Georgia was behind at least half the SEC schools — and just about everybody in the Western Division — in the facilities arms race when Smart was hired. A long-awaited $30.2 million indoor practice facility was already in the works and should be completed by January. Smart’s checklist also includes an expanded locker room at Sanford Stadium, a recruiting lounge at the stadium for recruits and their families and a new weight room that will feed into the indoor facility.

Which explains why Bulldog season tickets are going up next year.

Young Designers Shine on the Runway at Annual Fashion Show