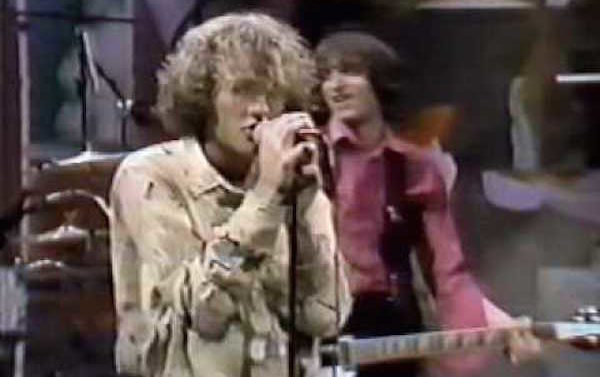 R.E.M. and David Letterman go way back. The Athens legends made their national television debut on Letterman’s old NBC show in 1983. And when Letterman announced to his studio audience last April, musical guest Mike Mills broke the news on Twitter.

Mills recently gave an interview about Letterman to Salon.com editor David Daley, a former Athenian. He talked about that tweet, the time Dan Rather (whose mugging inspired “What’s the Frequency, Kenneth?”) sat in with the band, as well as that first appearance, when the up-and-comers followed up single “Radio Free Europe” with an untitled song that would become “So. Central Rain.”

You got two songs — and even on late night in 1983, that seems special. But he also came over and did an interview in between songs with you and Peter. It’s almost impossible to think of other bands, especially new bands, getting such a fun chunk of time.

That’s true, he came out and chatted. Everybody thought Michael didn’t want to talk, but it was only because it was originally planned that Peter and I were going to go sit by him. Then Dave didn’t do that. He walked over to us, and Michael had already sat down by the time Dave walked over. Peter and I were standing there.

Michael has talked about that moment, and he thinks that’s the exact time he got branded as enigmatic, and it followed him forever.

(laughs) Maybe. I can see that. But there was nothing mysterious about it. He wasn’t expected to sit next to Dave, so he just sat down.

All I remember is him talking about the song. Dave wanted to know what the name was.

And there was none. Enigmatic!

I don’t think we had a name for the song yet so he was like, “Too new to be named.” And we actually talked a little about why CDs cost more than LPs. Or why LPs cost so much? I can’t remember exactly what.

You made a Herschel Walker joke.

Dave asked about other interesting things coming out of Athens. Peter, ever the serious record store clerk, talked about Love Tractor and the Method Actors. You told him Herschel Walker.

Huh. I’d have to see it again. I don’t remember that part of it.

Here’s a video of the back-and-forth with Letterman, plus the proto-“So. Central Rain” performance.