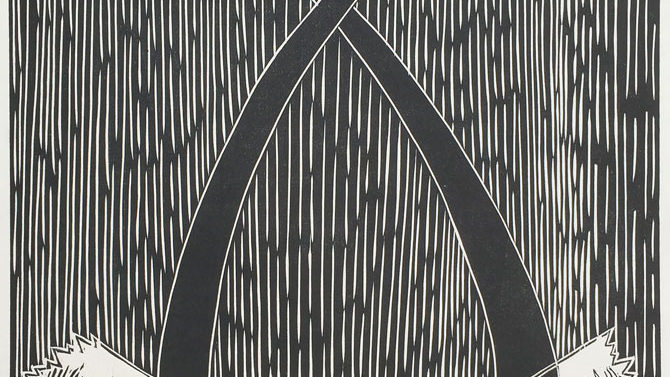 As galleries across the globe temporarily transition to online platforms in the wake of the outbreak, each is confronted with a series of choices of how to present their exhibitions, and to what extent they want to incorporate biographical, multimedia or other supplemental materials that may have otherwise cluttered gallery walls. With the web’s seemingly limitless boundaries, informational or interactive experiences can compensate for what’s lost during the absence of an in-person viewing.

The Oconee Cultural Arts Foundation is currently presenting a virtual version of its 25th annual juried exhibition, “SouthWorks,” with over 80 pieces representing a variety of media. Tasked with evaluating submissions from across the country, this year’s guest juror was Chris Clamp, a realist oil painter with a background in exhibition design, art handling and artist consultation from Charlotte, NC.

In his juror statement, Clamp remarks that he observed a common thread among submissions—the expression of emotion—and used this as a unifying denominator among the majority of his selections. The show is anchored by powerful, detail-oriented portraits with expressions that run the gamut from proud, joyful and relieved to pensive, annoyed and determined.

Even the non-human subjects seem to convey elements of emotion in their own way. “One in Six,” Manda McKay’s photorealistic oil painting of a purple flower petal caught in a spiderweb lined with raindrops, conveys helplessness and sorrow while recalling the staggering statistic of sexual abuse among men. Ginger Goekjian’s pair of black-and-white photographs capture rippling, psychedelic swirls in wet sand that resemble acrylic paint pours, creating confusion and curiosity. Amanda Burk’s block print of a colorful lawn chair, “Rapchur,” conveys carefree satisfaction as its plastic threads extend off its edges like a heatwave. And if ever a utensil could express amusement or surprise, it’s got to be Logan Woodle’s “Clabber Ladle,” a sterling silver spoon with streaming udders.

The gallery includes three videos of artists who received awards, with each offering first-hand insight into the winning works. Deborah Tidwell, who received the honor of “Best in Show” for her portrait of two pouting girls dressed as Alice and the Cheshire Cat at “The Tea Party,” seaks on her love for painting textures like the orange velvet chair and the tarnished silver tea set. Merit Award winner Jonathan Merrill points out that his lifelike charcoal portrait “Stronger” chooses to crop out any contextualizing background, instead encouraging viewers to lock eyes and imagine the narrative of the individual. A lone photograph certainly wouldn’t have done justice for the Honorable Mention “Sunflower Kinetic Sculpture” by Mark Beduhn, who explains the mechanics behind his mesmerizing piece of op art. 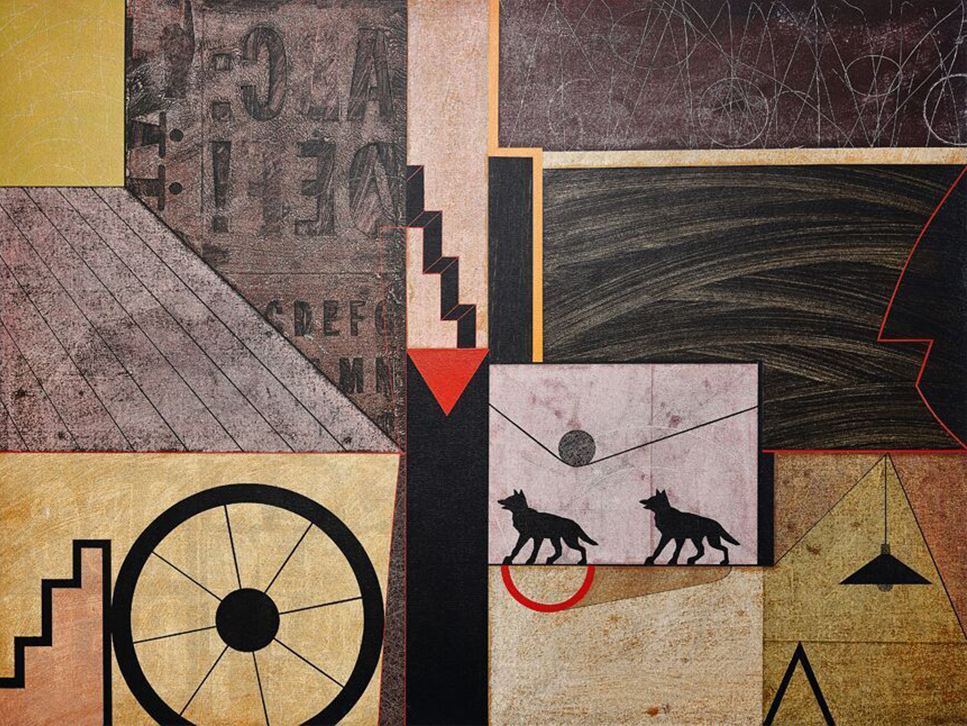 In an anticipated announcement at every “SouthWorks,” the director of OCAF recognizes one artist whose work stands out and bestows the opportunity to return the following year for a solo show. This year’s Director’s Choice exhibition is “Inside and Outside,” a collection of drawings and paintings by Tom Stanley of Rock Hill, SC. Citing his upbringing in his mother’s boarding house in a mill town as an early influence, Stanley’s artwork reflects ideas pertaining to home, interior and exterior structures, rooms and imagined architectural facades.

Though Stanley’s exhibition was not installed on site, the online presentation allowed for new possibilities such as the inclusion of pieces he no longer owns. The artist typically works within series to fully focus on one idea at a time, and “Inside and Outside” acknowledges this approach by including images sampling five separate bodies of work. Created in 1985 while tending an injury, “Corner Drawings” are significant to the artist for marking his renewed interest in mechanical drawing, a skill set that carried over into future work. “The Neighborhood,” developed in 2005–06 after a trip to South Africa, uses stark black-and-white silhouettes of industrial structures in a way that amplifies a disparity of resources. Made most recently in 2018–19, “en route to here” combines several of his artwork’s most prevalent characteristics—silhouettes, hard edges, emphasis on line, and building structures—for maze-like spaces full of stairwells and shadowy animals.

OCAF is currently accepting submissions through June 1 for its upcoming 26th annual “OCAF Members’ Exhibition,” which will be presented virtually June 15–Aug. 1. Artists are guaranteed acceptance as a perk of membership, and works in all media are welcome. The gallery is also accepting vendor applications for its annual holiday market, which will hopefully be held in December. Visit ocaf.com for application guidelines and to see the current exhibitions.