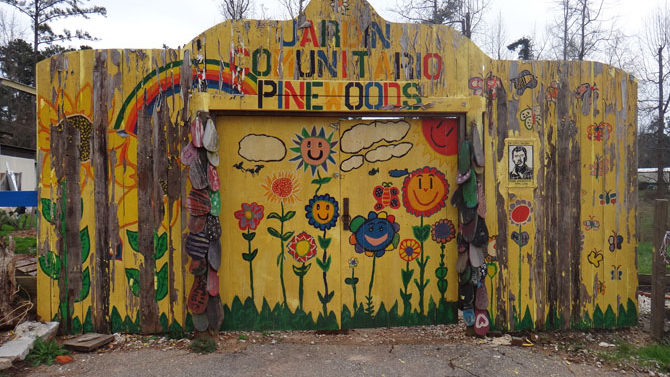 BAD NEWS FIRST: The Athens Institute for Contemporary Art’s Board of Directors dropped a bombshell over the holidays by announcing its plan to terminate the position of executive and artistic director with the new year. The position, which has been held by Tatiana Veneruso for the past two years, was the gallery’s only paid role and is being eliminated due to insufficient funding.

In so many ways, Veneruso was the face of the gallery. In addition to curating, installing and promoting thought-provoking, beautiful exhibitions—several of which were essential fundraising events for the gallery—she was extremely diligent in engaging new audiences and creating opportunities for community participation.

“The choice to terminate the director’s position is a drastic and very sad decision that the ATHICA board made solely based on our financial standing. Put simply, we are a small, nonprofit arts organization, and we rely on community support, fundraisers and grants. As of this moment, we do not have the funds to support the position of the director,” said Board of Directors President Rebecca Brantley in an email to the gallery’s members and supporters.

“Recently, board members have provided sustaining support, and we will need to do the same ongoing. We care deeply about this organization. We hope to restore the director’s position after one year or when we are financially able. We will exist as an all-volunteer organization until that time.”

Though the news is extremely alarming, the gallery has every intention of keeping its doors open as it moves into its 14th year of operation. Several exhibitions have already been scheduled for 2016, and time will tell how efficiently the director position’s various responsibilities are distributed out. In the meantime, supporters are encouraged to express their gratitude towards Veneruso by emailing info@athica.org.

PINEWOODS MURAL: Stanley Bermudez, a local artist and art instructor at the University of North Georgia’s Dahlonega campus, was recently named the recipient of the Athens Area Art Council’s $500 quarterly grant. The funds will go towards the restoration of the mural on the gates of the community garden within the Pinewood Estates North mobile-home neighborhood. Initially made possible through a grant received by the Lyndon House Arts Center from the National Endowment for the Arts, the mural project was led by Bermudez in the summer of 2014, and many of the community’s children were invited to participate in painting.

This past year, the AAAC also awarded grants to Canopy Studio for the construction of a multi-purpose set for its aerial arts show; the Art Rocks Athens Foundation for its exhibition “I’ll Be Your Mirror: Images of the Athens Scene, 1975–1985”; and the Cause + Effect Film Festival, a newly launched competition for progressive films made in Georgia. Deadlines for 2016 grants are Mar. 15, June 15, Sept. 15 and Dec. 15, and all individuals and organizations seeking to benefit the larger community through an arts project in any medium are eligible to apply. For more information and to submit an application, visit athensarts.org or email athensareaartscouncil@gmail.com.

THE MORE MURALS THE MERRIER: Local artist and activist Broderick Flanigan, of Flanigan’s Portrait Studio, is currently seeking donations to help fund a public art mural for the East Athens community. Commemorating the life and legacy of Martin Luther King Jr., the mural is proposed in conjunction with the annual MLK Day of Service on Jan. 18 and is expected to be completed within the following week. As part of the studio’s initiative Helping Art Reach Public Spaces (HARPS), Broderick will lead 10 community youth members in painting the mural, and a space on privately owned property in the Triangle Plaza business district has already been secured.

Donations will help cover expenses ranging from paint, brushes, ladders and labor. Checks should be made payable to Community Connection and include “MLK Mural Project” in the note section. For more information, call 706-380-5151.

SEEKING SCULPTURES: The City of Watkinsville is currently accepting proposals for “Public Art Watkinsville: A Pop-Up Sculpture Exhibit,” which will be installed at several locations with high visibility throughout the historic city limits from March–May. The juried exhibition of outdoor sculptures was made possible through the Georgia Council for the Arts’ Vibrant Communities grant, which has awarded over $300,000 in funding to 93 entities across the state.

Georgia artists 18 years or older are invited to submit up to five works that were created within the past five years and have not yet been exhibited outdoors in Watkinsville. Submissions can be made as an individual or as a group, and accepted applicants will receive a $700 honorarium. There is no entry fee, and the deadline to apply is Jan. 30. Visit ocaf.com for a prospectus and online application form.