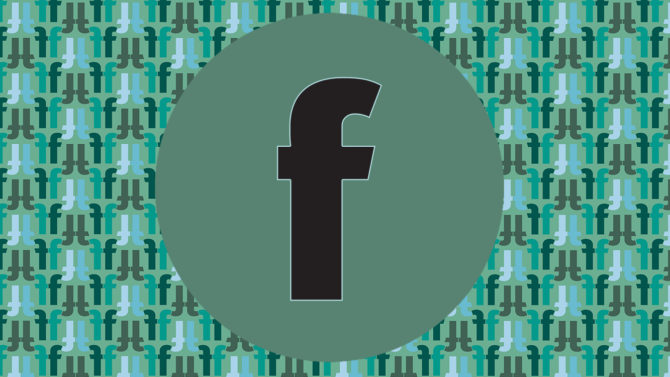 I am a reasonably attractive, accomplished woman in her mid-20’s who has recently struck out in the Athens dating scene for a number of reasons. The guys I’ve dated have been great in some ways, but all the relationships have fizzled out, because the guy is not terribly ambitious, not ready to commit, not quite my type physically or something like that. Athens also has kind of a transient population (at least among 20-somethings), and so I feel like a lot of people I know are on the verge of leaving town.

I had resigned myself quite happily to my single status until recently, when I met someone through work. He, too, is reasonably accomplished and attractive as well as age-appropriate. We have flirted back and forth a good bit, and I have been pleasantly surprised at how much we have in common. All seemed to be going well, until he mentioned his long-distance girlfriend. I don’t want to rock the boat by pursuing things with someone who is unavailable to me, but I also think he likes me, too, and I would hate to let this one get away. As much as I would like to be coupled up, I don’t want to be

Ugh. The unwanted appearance or mention of a previously invisible girlfriend is always disappointing. Although you know she exists, I don’t think there’s anything wrong with flirting with this guy a little bit. There’s also nothing wrong with getting to know him further with the intent of seeing if you might be interested in each other. But use this time to really get to know him and see if he’s someone you’re interested in. Your aim is to build a true friendship with him, not seduce him away from his girlfriend. A friendship will be the best foundation for a romantic relationship, if that is indeed what develops.

While you’re building that friendship, though, remember that this is a case in which you have to decide on some boundaries before you need them. Let’s say you keep flirting and getting to know each other. Let’s say it becomes clear that he’s interested in you. It sounds like you’re looking for a relationship, not a fling. This guy cheating on his girlfriend with you will not be a solid foundation for beginning your relationship. It will be messy. It will allow him to kind of start seeing you while dragging his feet on making a decision about her. The distance will aid and abet him in not making a real decision. And you don’t want that.

If things continue with this guy as they have, I think one of two things will happen. You (or he) might decide you’re not as interested as you thought you were, in which case you can just back off on the talking and flirting. Or, things might continue and kind of heat up. It’s the heating up that you have to be ready for. If the opportunity presents itself, it will be very hard not to kiss him, unless you’ve already made the decision not to. If things move in that direction, you need to be ready to tell him that you don’t want to start a relationship until he is out of his current one. Then you have to be ready to follow through with that. That’s how you avoid being the other woman.

I’ve been looking for my favorite shorts for the past two months. My friend and I call them the “traveling pants” because they look good on everyone, and we’ve come to cherish these baby blue jorts. After looking in vain with no avail, I gave up on ever finding them. HOWEVER. Sitting in my dining room one evening I see my roommate WEARING THE PANTS. My roommate and I aren’t very close and don’t get along all that well, so I don’t know how to politely tell her they’re mine and that I want them back without sounding like a jerk.
Help me, Rhonda; you’re my only hope. Sincerely,
Shorts-less

This is an emergency situation, Shorts-less. A flattering pair of pants or shorts is a valuable find and cannot be given up for lost. You need to get these back before your roommate puts them through the dryer or spills something on them, so we don’t have time to waste. I don’t know the exact nature of your relationship with your roommate, so I’m going to give you two options; you can decide which stands the best chance of getting the shorts back where they belong safely.

Option I (to be used if your roommate is relatively reasonable and you believe her wearing the shorts is some kind of honest mistake): Say something like, “I think you ended up with my shorts—you know, the jean ones you had on the other day. I was going to wear them tonight; do you mind if I get them back?”

The danger of this option lies in a roommate who took the shorts on purpose. That roommate will claim not to know which shorts you mean or where they are; she might say something like, “Oh I got those shorts from Goodwill last year.” If that happens, then you’ll be forced to take a more insistent stance. And, worse, she’ll be on alert that you’re looking for the shorts. You don’t want either of those things to happen.

Option II (to be used if you think there’s any danger your roommate will dispute knowledge or ownership of the shorts): Normally, I wouldn’t recommend this, but, as I said above, a flattering pair of shorts requires an emergency response. Wait until she’s not home. Go into her room. Retrieve the shorts yourself. Wash and wear. If she tries to claim they are actually hers, tell her casually that you’re certain they’re yours. Then find a safe hiding place for them when you’re not wearing them.

Was working on my house. Friend offered use of an expensive tool he owns. Tool malfunctioned while I was using it. I wasn’t misusing it, but it did break while I had it, and it will be costly to repair. Friend took tool back and is having it repaired. He hasn’t said anything to me about it, but I kind of feel uncomfortable about the whole situation. He hasn’t been cold to me, but he hasn’t said not to worry about it, either. I can’t really afford to pay for the entire repair, but I’d like some assurance or resolution. This was

Not Really My Fault

If you truly weren’t misusing the item in question, then it broke as a result of normal wear and tear. Your friend, the owner, was responsible for all the use of the tool so far. So it was his wear that tore it down to the point at which it broke. You just happened to be unlucky enough to be holding it when it actually gave up the ghost. I think that absolves you from the full cost of the repair.

It is kind of an uncomfortable situation, though, and I can understand your desire to get it out in the open. Don’t offer to pay for the entire repair if you can’t afford or aren’t willing to do that. What you can do is call your friend and offer a specific amount towards the cost of the repair. Even an offer for a small-ish contribution will open the door for your friend to accept or tell you not to worry about it.

A note to Visiting, who was coming to look around UGA and Athens: Your letter elicited a friendly email from another couple who made the Indiana-to-UGA move a couple years ago. If you’d like to hear more about Athens from them, send me an email, and I’ll set you up.