The Story of Lester: How to Understand What Local Really Means 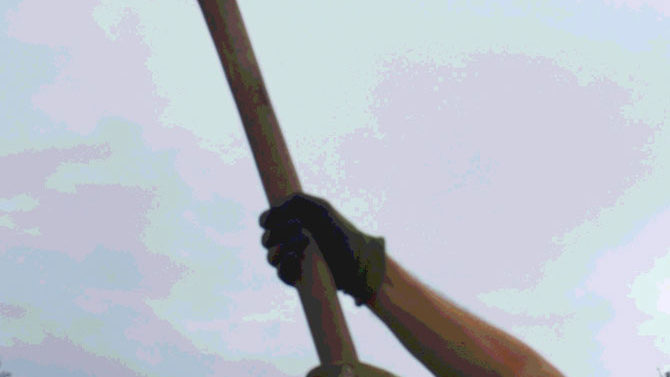 Right after we bought our house on Oglethorpe Avenue, the sewer line stopped up. I called our city councilman and plumber, Calvin Bridges, and he came over and figured out where the blockage was, about halfway to the street. Calvin said I could pay him to dig down to the pipe, or I could do it. I went down the street to Normal Hardware in Normaltown. Hugh Logan, the proprietor and also our state representative, sold me a shovel and a maddock, which I eventually dubbed “Lester.” The reason for that sobriquet is that where I grew up, we called a maddock a “maddox.” If you don’t know who Lester Maddox was, you’ve probably already stopped reading this particular column. If you do, remember that it’s a maddock and not an ax.

Lester immediately proved its worth on that hot July afternoon, busting through magnolia roots and the hard red clay and also helping me better to understand the world around me. At one point, already waist deep but still no pipe, I paused to take a breather. While I stood there, mud-stained and sweating, I could not help but notice the parade of people passing before me on Oglethorpe in their air-conditioned automobiles, listening to their music and sipping from cool drinks. In one of those epiphanic moments of insight, it occurred to me, “There go the renters; here stands the homeowner.” Swinging Lester in a renewed attack on the hard ground, I recalled the days when a stopped-up line only meant calling the landlord.

The yard at our old house had been long neglected, as our aging predecessors lost the will and the strength to keep it up. Lester and I had our work cut out for us, and at the direction of the gardener, we cleared oak roots from garden plots and wrested tenacious Elaeagnus stumps by mean, hard, trench warfare until I learned to jerk them out of the ground with my old Volvo wagon.

Lester’s heft would eventually win out over the deepest roots, meanwhile providing me with an excellent and economical exercise machine. Once, some carpenters laughed at Lester’s size, as they dug a wiring trench with their lightweight mattock, but I knew what Lester could do.

From time to time I will break the handle, and then I pop back to Normal Hardware, where Dan Glenn puts a new one in for a reasonable charge. Hugh called Dan “the engineer of Normaltown,” because of his ability to make things work. Hugh is gone now, but Normal Hardware is run by his sons, Bob and Hank. Truth be told, Bob would probably rather be fishing, if he could do that and watch the Georgia football games at the same time, but he doesn’t hold that against you, and he can help you figure out what you need for the job and put a quality instrument in your hand, just like his father did for me.

The last time I broke the handle, I remembered the carpenters and wondered whether maybe Lester really was too hefty for most work. So, I got in the car and drove way out to Oconee County to the big box and found myself a pretty, yellow lightweight mattock.

I had broken Lester’s handle trying to pry up some privet roots, but the first time I hit the privet with the new mattock, its head scrunched up like a beer can. After another drive to Oconee, they gave me back my money, and I took Lester to Dan for a new fitting.

So, the thing about Normal Hardware, in addition to being run by people who know me and stand behind what they sell me, is that they’re right there in the neighborhood. Whether I need a timer for the Christmas lights or a doormat for the back door, it’s not a half-day excursion to go get them.

As Normaltown changes even more to a bar and restaurant scene, and the Dogs get better and the fish get bigger, I’m sure Bob and Hank will be tempted by offers for their handsome and increasingly valuable old two-story red brick building.

Before they decide to cut me off from replacement handles, I would like to offer a compromise. In small towns in Ireland there are neighborhood bars very much like Normal and Old Pal and Hi-Lo, except that they are in storefront shoe shops and hardware stores and other retail establishments. They are filled with people sitting around or standing behind the counter enjoying a pint. Can you imagine how cool it would be if Normal Hardware turned into a bar after hours, and you could enjoy a draft from a local brewery sitting in Dan’s rocking chair? It may take a little fiddling around with the zoning and such, but it doesn’t have to be either/or—hardware or beer. Why not both? I believe we can get a handle on that.