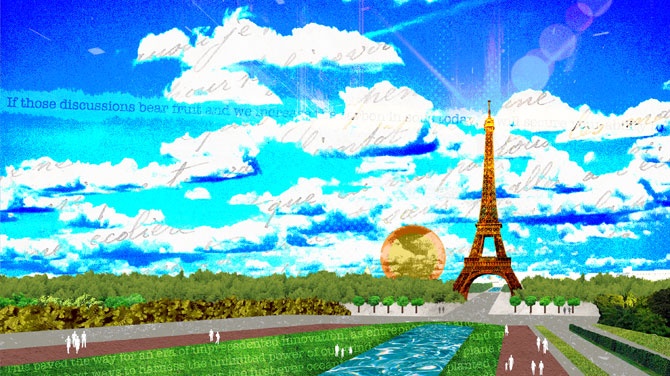 World leaders from more than 190 countries have convened in Paris during the first two weeks of December for the long-awaited United Nations Climate Change Conference. Will the governments of the world finally pass a binding global treaty aimed at reducing the most dangerous impacts of global warming… or will they fail in this task?

Letters to the Future, a national project involving more than 40 alternative weeklies across the United States, set out to find activists, authors, artists, scientists and others willing to get creative and draft letters to future generations predicting the success or failure of the Paris talks—and what came after. Some participants were optimistic about what is to come; some not so much. We hereby present some of their visions of the future.

Dear Rats of the Future: Congratulations on your bipedalism; it’s always nice to be able to stand tall when you need it, no? And great on losing that tail too (just as we lost ours). No need for that awkward (and let’s face it: ugly) kind of balancing tool when you walk upright, plus it makes fitting into your blue jeans a whole lot easier. Do you wear blue jeans—or their equivalent? No need, really, I suppose, since you’ve no doubt retained your body hair. Well, good for you. 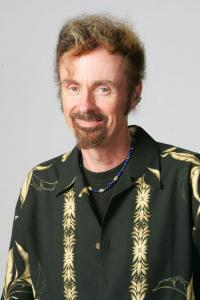 Sorry about the plastics. And the radiation. And the pesticides. I really regret that you won’t be hearing any bird songs anytime soon, either, but at least you’ve got that wonderful musical cawing of the crows to keep your mornings bright. And, of course, I do expect that as you’ve grown in stature and brainpower you’ve learned to deal with the feral cats, your one-time nemesis, but at best occupying a kind of ratty niche in your era of ascendancy. As for the big cats—the really scary ones, tiger, lion, leopard, jaguar—they must be as remote to you as the mammoths were to us. It goes without saying that with the extinction of the bears (polar bears: they were a pretty silly development anyway, and of no use to anybody beyond maybe trophy hunters) and any other large carnivores, there’s nothing much left to threaten you as you feed and breed and find your place as the dominant mammals on earth. (I do expect that the hyenas would have been something of a nasty holdout, but as you developed weapons, I’m sure you would have dispatched them eventually.)

Apologies too about the oceans, and I know this must have been particularly hard on you since you’ve always been a seafaring race, but since you’re primarily vegetarian, I don’t imagine that the extinction of fish would have much affected you. And if, out of some nostalgia for the sea that can’t be fully satisfied by whatever hardtack may have survived us, try jellyfish. They’ll be about the only thing out there now, but I’m told they can be quite palatable, if not exactly mouth-watering, when prepared with sage and onions. Do you have sage and onions? But forgive me: Of course you do. You’re an agrarian tribe at heart, though in our day we certainly did introduce you to city life, didn’t we? Bright lights, big city, right? At least you don’t have to worry about abattoirs, piggeries, feed lots, bovine intestinal gases and the like—or, for that matter, the ozone layer, which would have been long gone by the time you started walking on two legs. Does that bother you? The UV rays, I mean? But no, you’re a nocturnal tribe anyway, right?

Anyway, I just want to wish you all the best in your endeavors on this big blind rock hurtling through space. My advice? Stay out of the laboratory. Live simply. And, whatever you do, please—I beg you—don’t start up a stock exchange.

P.S. In writing you this missive, I am, I suppose, being guardedly optimistic that you will have figured out how to decode this ape language I’m employing here—especially given the vast libraries we left you when the last of us breathed his last.