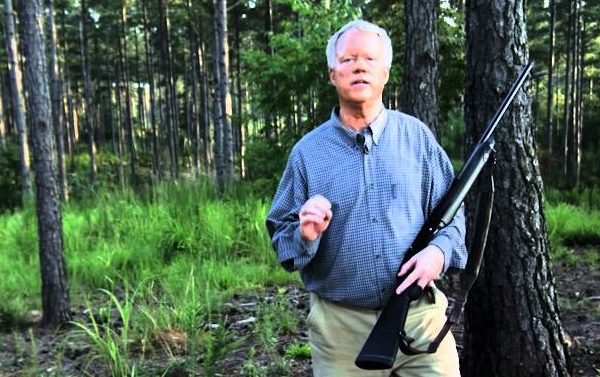 The Second Amendment: Second in the Bill of Rights, first in Rep. Paul Broun’s heart.

In an interview with the right-wing website Newsmax on Georgia’s new “guns everywhere” law, the soon-to-be-former Athens congressman said that the Second Amendment is the most important amendment.

“The Second Amendment is the one that really protects all of our liberties that we are given by our Lord, and our God-given rights, and are protected under the Constitution,” he said.

(Maybe someone can help me out and cite the verse where the Bible mentions guns, please.)

In spite of a showdown inspired by the new law in Valdosta yesterday, Broun said that more people carrying firearms will actually prevent shootings.

“We’ve seen these school shootings all across the country, and we’ve seen where there has been a shooting with someone there that has the ability to protect themselves actually prevent kids from being shot,” he said.

Broun was critical of Kathryn Grant of the Georgia Gun Sense Coalition, which fought against the law.

“You’ve got these anti-gun advocates who don’t want anybody to have a gun, other than police and the military,” he said.

You may remember that Broun gave away several firearms during his failed Senate campaign.

What Are Your Favorite Fourth of July Jams?

On the Rise: Hear New Music from Kingsley Bloom, Milk and the Honeys