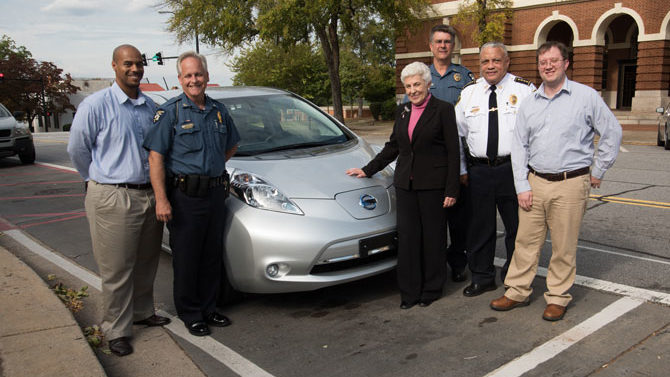 The Athens-Clarke County Police Department— which for years has supplied administrators with hybrid cars—has leased an electric-powered Nissan Leaf that gets the equivalent of 126 miles per gallon. Incidentally, at an alternative-fuel vehicle event organized by Public Service Commissioner Tim Echols, I once test-drove a Leaf—with Chief Jack Lumpkin in the back seat. Talk about pressure. He was very impressed with it, as I recall.

On Wednesday, Nov. 19, the Georgia Climate Change Coalition is organizing a letter-writing campaign against the Sabal Trail natural gas pipeline through South Georgia. There’s a meeting at 6 p.m. and a rally at 7 p.m., but drop in to the Athens-Clarke Heritage Foundation office (the old Prince Avenue firehall) at any time during the day to pitch in. Then, on Nov. 22, a group of cyclists will embark on a 200-mile journey to Albany in protest of the pipeline.

Special Ed: When I was in elementary school, I used to get in trouble all the time. It turns out, I was just bored. Once I was put into more challenging classes, I stopped acting out. I say this not to brag about my Tony Stark-level intellect, but to raise the point that I might not have been so lucky if I was a different color.

How the Clarke County School District deals with minority students who have “behavioral problems” was a major topic of discussion during a Federation of Neighborhoods forum on public schools Monday, Nov. 3. Lemuel “Life the Griot” LaRoche, who runs a chess program for underprivileged kids, spoke about “the ghosts of Athens,” like a ninth-grade girl who was expelled for fighting, or a boy who was bullied because his family couldn’t afford soap. They’re very intelligent kids, he said, but they end up in special education rather than gifted classes, which makes it harder to get a job after graduation, if they don’t end up getting so frustrated they drop out.

A woman who moved here from Chicago a year ago told the panel that her son’s behavioral issues stemmed from the fact that his new school is covering material he’s already learned. “He was going to be labeled a bad child because he was bored,” she said, adding that she feels teachers look down on her because she lives in Rocksprings.

Fred Smith—a by-the-bootstraps success story who rose from public housing to a successful career at the Department of Labor—said teachers tried to tag his son with the same label. “My child, they attempted to label him, but we intervened,” Smith said. “A lot of parents don’t know how to fight, how to intervene.” His son went on to graduate from Harvard and from Stanford law school.

Hilsman Middle School principal Selena Blankenship said that CCSD has changed its approach to tackling behavioral issues, evaluating them using a tiered approach. “When we see a student struggling, we meet about that student, think about what we can do to help him or her, then we put those interventions into place in the classroom,” she said.