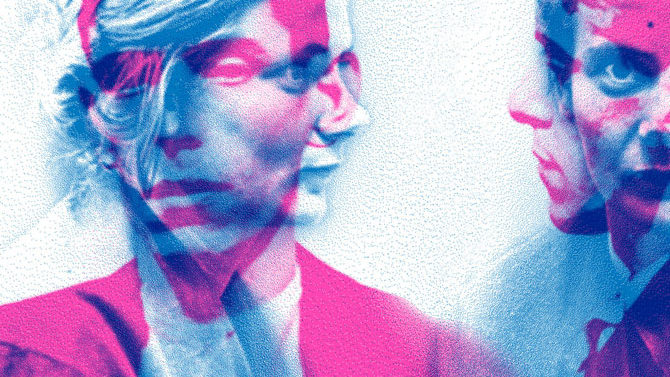 THINK, THANK, THUNK: Athens experimental impresario Michael Potter (The Electric Nature, Null Zone Records) released a split cassette with German artist Philipp Bückle last week titled They Never Got the Message / End of Summer Music, and it’s a doozy of a treat. For this release, Bückle uses synthesizers and a shruti box—an Indian instrument similar to a harmonium—and three of his tracks feature clarinet overdubs courtesy of John Fernandes. Occupying eight of the 11 tracks, Bückle circles and hones in on a range of emotions and human behaviors, including melancholy (“Monad”), patience (“The Craftsman”), ascension (“Immediately After You Let Go”) and a sense of doom (“But You Won’t Forget What We Did Here”). Curiously, he never attempts anything close to catharsis or bliss—each of which is often an experimenter’s way of resolving a theme—but this absence is evidence of Bückle’s artistic strength, and keeps this work cliché-free and fresh-sounding. Potter’s contribution is three electric guitar pieces, and he changes the mood considerably with the layered, echo-filled ode to bliss “Crickets, Cicadas, Fireflies.” His other two pieces are improvisational numbers and are much darker, especially closer “Harmonic Exit,” which is as close to a musical exhale as anything I’ve heard in a while. Dig this the most at nullzone.bandcamp.com.

EASY LIKE SUNDAY EVENING: Duck Cloud Productions and the Athens Players will host a benefit for the Make-A-Wish Foundation Sunday, Sept. 24 at The Foundry. Advance tickets are $10, or you can get a package of four for $25. Individual tickets at the door are $12. Featured acts are Cortez Garza, Georgia Red Clay, Carla LeFever and the Rays, Josh Perkins, O’Connell and Parke, Joe Cat, Isaac Bramblett Band, Michael Brandt and Sara Zuniga. Doors open at 6 p.m., and music begins at 7. Kids under 13 are free. For more information, see facebook.com/duckcloudproductions, and for tickets, head to thefoundryathens.com.

COMPOSITION FOR THE YOUNG AND OLD: University of Georgia Press Executive Editor Walter Biggins will celebrate the release of his newest book, Bob Mould’s Workbook, at Avid Bookshop’s Prince Avenue location Friday, Sept. 22 from 6:30–7:30 p.m. It’s being published this month by Bloomsbury as part of the duly praised 33 1/3 book series. The book was co-written with English professor Daniel Couch of Chemeketa Community College in Salem, OR. Biggins and Couch are decades-long friends who bonded over Workbook in their teens. A pretty cool explanation of their love for the album and its impact on their lives can be found at 333sound.com. The book will be available for purchase at the shop that night, so buy one and get an autograph. This event is free and open to the public.

YOUR CUP RUNNETH OVER: Killick Hinds has a special performance coming up Thursday, Sept. 21 with New York’s Daniel Levin on cello and interpretive dancer Laura St. Martin (aka L’Or). The bill is titled Three at Trio, because, well, it’s these three performing at Trio Contemporary Art Gallery (766 W. Broad St.). The night begins at 8 p.m. There’s a $10 suggested donation, but no one will be turned away for lack of funds. (Please note, though, that this is not an invitation for you to pretend you have no money.) In other news, the irrepressible Hinds just released four new albums of material, each featuring vocalist Monique Osorio. She appears on metalonly, which is credited to “Beverley Hinds” and also features Sahada Buckley on violin; Lave Worriers: Intuitive Intonation, Unquantifiable Rhythms, & Shamanistic ROYGBIV, credited to Killick & Monique; Jazzasteroids Deluxe, by Killick’s longtime group Pocketful of Claptonite; and Scorp Lade the Coursceon Flaiyre, credited to Monique Osorio & Killick Hinds. Head to killick.bandcamp.com to check out all this new stuff.

PLEASE UPDATE YOUR BOOKMARK: The band of artists formerly known as the Grassland String Band shall henceforth be known simply as Grassland. This change coincides with the addition of new singer and keyboardist Tonya Scott. (Singer Michael Lesousky departed earlier this year.) The new name and newly configured lineup makes its debut Friday, Sept. 29 at Hendershot’s Coffee Bar at 8 p.m.  For more information, see facebook.com/grasslandstringband.