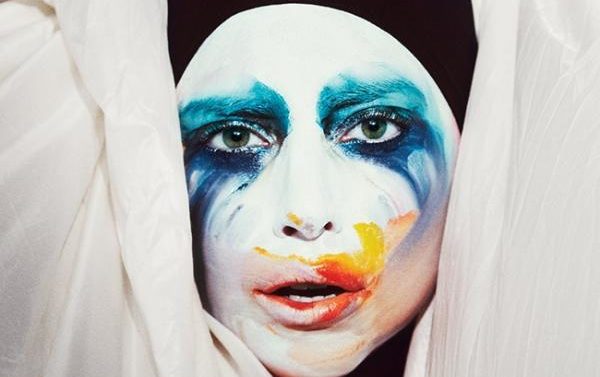 First things first: I’ve been an unashamed Lady Gaga fan for years, up until the regrettable Born This Way came out. But now, having just seen her keynote “conversation” with longtime music television journalist John Norris, I don’t care if I never hear her speak about anything again.

Normally, pandering softball questions come from fawning, jelly-centered hosts who are just thrilled to be talking to someone. Gaga seemed to lob them at herself. What just happened here, in a wildly too-huge ballroom at the downtown Austin Hilton that was maybe 70 percent full, was like someone taking pages from a set of notes labeled “what to talk about when you have to talk in public.”

Gaga on corporate sponsorship: “The people that write these things [criticisms] know fuck about the state of the music industry. The labels have no money!”

(At this point, I involuntarily looked at the person sitting next to me and said, “That’s bullshit! That’s not even true!”)

She also repeatedly called for artists to write songs and not worry about trying to build a career via Twitter or selfies or any other modern fan-reaching method. She explained away her own massive Twitter presence by saying the relationship she had with her fans was real. Oh my, people.

This is the deal: On some level, I believe she’s sincere. Her history of club performance, image development and genuine musical roots are well documented. But today, Lady Gaga was an awful presence. Dressed in a typical white billowy getup, she offered no more insight into anything than you could have dreamed up on your own.

Also, the fact that even those with photo credentials were shut down completely from shooting even the first few minutes is unacceptable in a situation like SXSW, not to mention highly hypocritical of someone who relishes the public spectacle.

Last night, before her show at Stubb’s, Gaga arrived via specially blocked-off streets and a police escort. Just before shuffling through the back door of the venue, she walked straight into a throng of waiting fans who were all eager to take her photo. I was there, and was slightly bummed that I wasn’t fast enough to snap one.

Today, I don’t even care.