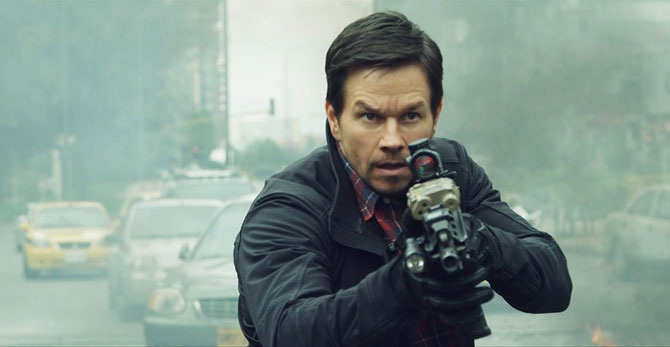 Mile 22 is a discouraging start for what star Mark Wahlberg and his directing pal, Peter Berg, hope to be a new franchise. Wahlberg dials up the unlikability as much as the speed on his derisive motormouth as CIA operative James Silva. His most defining characteristic is the rubber hand he wears around his wrist so he can snap it when the rest of the world annoys his mind, which is apparently better than everyone else’s. Fun guy, huh?

His team takes after their leader. Alice Kerr is a trained killer who is also defined as a divorced mom struggling to share custody with her jerk of an ex (briefly played by director Berg with excessive smugness). Unlike Silva, she at least has some humanity, even if it is as predictable as possible. The rest of “the team” consists of Ronda Rousey and unfamiliars—i.e., potential collateral damage. John Malkovich’s Bishop, the leader of Silva’s overwatch team—they are his eyes in the sky—pairs sneakers with his suits. Otherwise, he is just John Malkovich with a bad hairpiece.

The folks behind Mile 22 do not care too much about their characters, and that disregard extends to the muddled narrative and obfuscated action. While the product of Berg the filmmaker is greater than that of Berg the actor—I unluckily paid to see Aspen Extreme in a theater—he still seems content making subpar actioners like Mile 22. The film’s only standout trait is its gratuitously aggressive violence, and the couple of action scenes that will make one wish The Raid’s Iko Uwais were the protagonist instead of Silva, whom it is hard to call a hero. Brevity extinguishes the hope created by a late-act move to reenact The Raid. Then again, concision is Mile 22’s best trait—gratefully, yet surprisingly, the movie barely cracks the 90-minute mark.