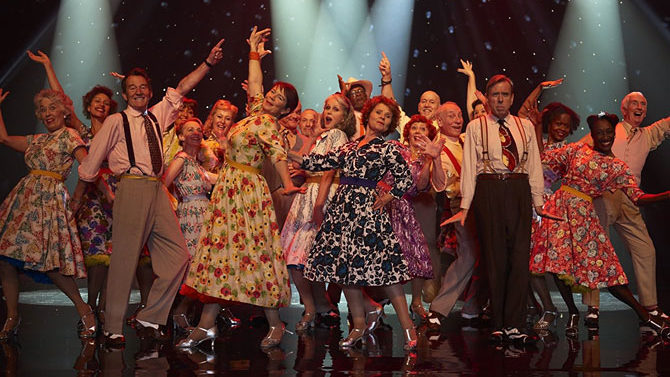 Apparently, 2018 is the year of the divorcée. Finding Your Feet travels across the pond to provide audiences with the British version of McCarthy’s wide-release comedy. Stalwart Academy Award nominee Imelda Staunton (Vera Drake) stars as Sandra, who recently left her husband, Mike (John Sessions), after discovering he was having an affair with her friend, Pamela (Josie Lawrence). With nowhere else to turn, Sandra moves in with her free-spirited older sister, Bif (Celia Imrie, The Best Exotic Marigold Hotel). But the two sisters have little in common. Sandra is a stuck-up lady—literally, as her hubby just got knighted or something similar—while Bif is still fighting the power after all these years. The siblings learn to like and love one another again thanks to a dance class that includes Timothy Spall and Joanna Lumley. Eventually, the aging dance troupe is invited on an all-expenses-paid trip to Rome after their flash mob goes viral.

The story, written by Meg Leonard and Nick Moorcroft, feels like it should be accompanied by a “Based on a True Story” warning, and Finding Your Feet is guilty of loading up on old-people jokes—laxatives, constipation, Viagra—and wisdom. It cobbles together the complications of hundreds of other movies; just wait until the illness subplot kicks in. Nonetheless, Finding Your Feet is a genuinely kind-hearted romantic dramedy dosed with a hint of honesty about aging. The film stokes the cockles like a good winter warmer, but Spall’s tenderness alone will make audiences forget that it feels a bit out of season. Ciné’s older regulars will enjoy this bit of early-summer counterprogramming.