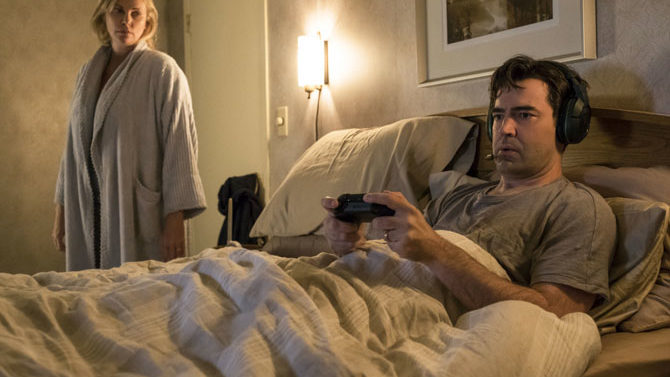 Young Adult director Jason Reitman, writer Diablo Cody and star Charlize Theron prove a dynamite combination yet again. Theron’s talent knows no boundaries. The one-time Furiosa nails what it is to be a stressed-out, pregnant mom of two. Marlo and her husband, Drew (Ron Livingston), are happy enough, but the relentless traffic of a mundane life has worn the lush carpet of their relationship bare in many places. Marlo’s frustration—at her children, their school, her husband, her life—is palpable. Mommy needs a break, and it comes in the odd form of a gonzo Mary Poppins named Tully (Mackenzie Davis).

Hired by Marlo’s lavishly successful brother (Mark Duplass), Tully is something called a night nanny; she shows up at night to take care of the baby while mommy and daddy get some much needed rest (though, let’s face it, daddy is already sleeping just fine). With Tully’s assistance, Marlo learns how to be herself again. She is happier and more rested than she has been in months. However, like the best mood-enhancers, beware the side effects.

Cody has always had a sharp ear for dialogue, and the Oscar winner’s predilection for pith has not weakened. Cody diagnoses and solves Tully’s troubles in the briefest amount of feature film time possible (barely more than an hour and a half). Reitman has always shown a keen understanding of the strengths in his films, and his directorial smarts sharpen the focus on Tully’s script and star. The last act removes its illusory makeup to reveal a foundation that will alienate some viewers, but the alternative resolution threatens to be far less satisfying.