You Were Never Really Here Review 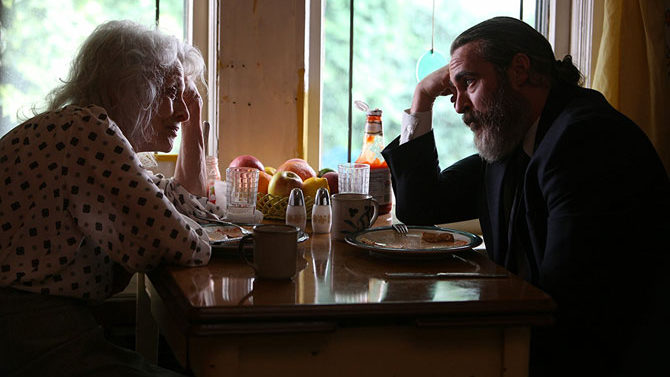 No one will ever mistake a Lynne Ramsay film (she previously directed Ratcatcher, Morvern Callar and We Need to Talk About Kevin) for a crowd-pleaser. Are you in need of a gritty, Jack Reacher-type antihero embroiled in a mystery as esoterically baffling as a lost episode of “True Detective?” (I still have no clue what happened in Season 2.) In You Were Never Really Here, Joaquin Phoenix stars as an excessively broken Iraq War vet who makes a living brutalizing with a hammer (Oldboy style) the men who kidnap and abuse young girls. He may be in over his head when a state senator stumping for the governor of New York hires him to find his missing daughter, Nina (Ekaterina Samsonov).

Ramsay descends into the scary peccadilloes of rich and powerful men with no fear, so you will be glad Phoenix comes along to chaperone. Uncompromisingly brutal yet oddly gentle with his young charges, low-tech vigilante Joe has many demons. The last scene should cause viewers to question whether or not anything previously witnessed happened the way Joe saw (imagined?) it. It is almost as if you were never really there.