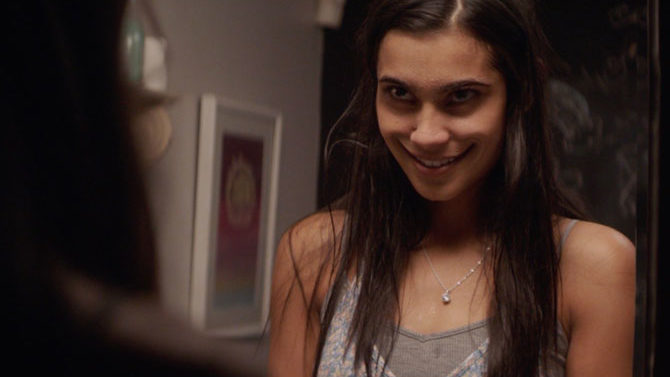 Horror is a much more complicated genre than it generally gets credit for. However, some horror movies are just plainly, irredeemably awful. Blumhouse’s Truth or Dare is so bad it is surprising the company wanted to put its name before the title. The production house usually churns out adequate horror movies in which fans can find something salvageable. This adaptation of the popular game shows little in the way of creativity—its deaths are particularly unimaginative, a horror no-no—or scares, and feels excessively lengthy at a typically acceptable 100 minutes. A group of college seniors headlined by “Pretty Little Liars” actress Lucy Hale celebrate their last spring break together in Mexico, where they meet a stranger (“Degrassi” alum Landon Liboiron), with whom they go to an abandoned mission and play truth or dare, because why not?

While Truth or Dare wholly succeeds as a cautionary tale about meeting strangers in Mexican bars and going out into the desert with them to play a game, it fails in pretty much every other way. It took way too many writers (four?) to concoct a “reasonable” horror plot involving truth or dare, and the best they could do was turn it into a typical story of teens unleashing a demon who kills them one by one. Take the worst part of the Final Destination concept and uncreatively marry it with the inevitability of It Follows.

With all its app name-dropping—the movie describes its not-as-creepy-as-it-thinks smile as “a messed-up Snapchat filter”—Truth or Dare may actually terrify later generations forced to open this terrible time capsule with their parents, who honestly should have forgotten this movie by then.