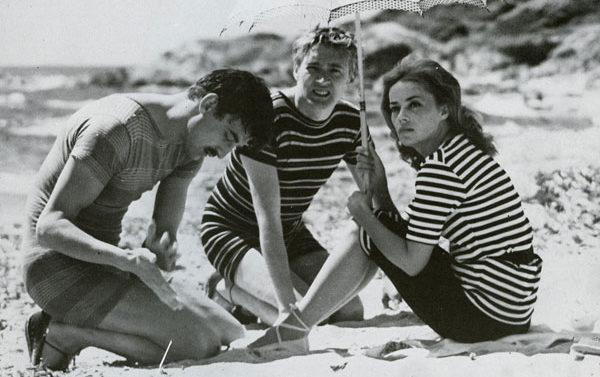 We owe the French so much. Don’t think so? Just look at the history of the motion picture and attempt to chart the progression without including the French as major players in the grand scheme of it all. Beginning Friday, Apr. 18, local art house theater Ciné will be celebrating its seven-year anniversary with a series of contemporary and classic French movies, presented by UGA film studies professor and movie historian Richard Neupert. Special guests will speak about each movie after each showing.

All month long, Ciné has been devoting screen time to a series of special events in honor of its anniversary. In Cold Blood, Richard Brooks’ stark and haunting adaptation of the Truman Capote true crime book, kicked things off on Tuesday, Apr. 1, with co-star Scott Wilson participating in a Q&A afterward. The classic Rolling Stones documentary movie, Gimme Shelter, directed by David and Albert Maysles and Charlotte Zwerin, focusing on the ill-fated 1969 free concert at Altamont, was screened Tuesday, Apr. 8, with music writer/journalist Stanley Booth in attendance. The gloriously entertaining 1940 swashbuckler The Sea Hawk, starring the legendary movie star Errol Flynn, was shown on Tuesday, Apr. 15, with Flynn’s daughter Rory present to talk about her father and the movie.

The French Film Series promises to end the celebration with appropriate panache. The lineup includes recent fare, as well as two essential classics every budding and veteran cinephile should see on the big screen. First up is director Roger Michell’s new Le Week-End, written by novelist Hanif Kureishi, which stars Jim Broadbent and Lindsay Duncan as a British married couple attempting to recharge their long relationship in Paris. Neither the director nor the movie is French, but the influence of French cinema permeates the story. The animated feature Ernest and Celestine comes next, offering up a whimsical tale about a bear and a mouse and their unlikely friendship. Marcel Carné’s romantic epic Children of Paradise, one of the true masterpieces of world cinema, will also be shown. Next up is Philippe Le Guay’s 2013 comedy/drama Bicycling with Moliere, about two actors, one aging and the other a younger skyrocketing thespian, who work together during a production of Moliere’s The Misanthrope. Ending the series is Franois Truffaut’s brilliant New Wave classic Jules and Jim, a movie rich in plot and emotion as well as style.