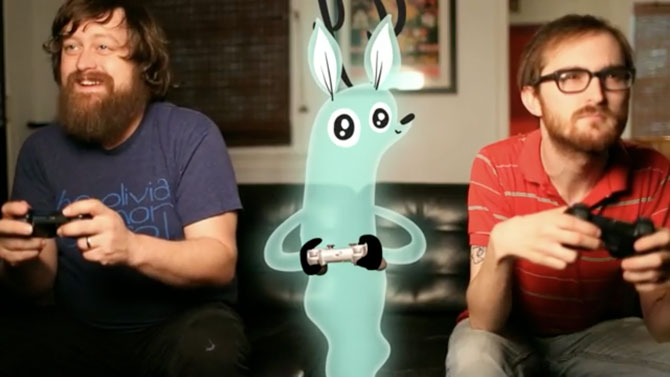 The eighth annual Sprockets Music Video Festival is about to kick off, showcasing a variety of directors and musical artists from Athens and around the globe. The festival was launched in 2004 by locals Danielle Robarge, Chris Hines and Stephanie Skinner, with the intent to highlight the visual and cinematic aspect of music as much as the bands and songs themselves. Athens is undoubtedly a city with a strong affinity toward music, but its reputation as a place where filmmakers and film production can thrive has steadily grown over the last few years as well. Considering the long connection between rock and roll (in its broadest definition) and visuals, a festival such as this one was truly inevitable and greatly needed.

Whether we are talking about avant-garde filmmaker Kenneth Anger’s occult-heavy experimental short films from the 1960s and 1970s—such as Scorpio Rising—or the heyday of the music video form in the 1980s and 1990s, when artists and major label marketing departments heavily relied on visuals to sell singles to the masses, film and song became integral partners. The vast majority of music videos are forgettable at best, but when filmmaking and music meld harmoniously, it can be an extraordinary partnership.

With some major exceptions, such as David Fincher, Spike Jonze, Michel Gondry, Mark Romanek, Chris Cunningham and Jonas Akerlund, most music video directors are not known or acknowledged outside the industry. One of the primary focuses of Sprockets has always been to highlight filmmaking artistry and the directors working behind the camera, providing them with an opportunity to bask in the spotlight alongside performers. In addition, since all the videos—a total of 26 this year—are screened at the Sprockets Music Video Show, the filmmakers in attendance get some immediate audience reactions—something that’s not always possible with this artistic form.

The filmmakers who have been involved with the festival may not be as well known as Gondry, Jonze or Romanek, but several of them have gone on to work steadily in film production. Tim Nackashi, who has made videos for OK Go, Death Cab for Cutie and Neon Indian, co-directed a video for Elf Power’s “All the World is Waiting” back in 2006. David Bruckner, who won the 2011 Best Music Video award for Lovett’s “The Fear,” went on to direct a segment for the horror anthology movie V/H/S the following year.

When the Sprockets Music Video Festival first started, it was geared towards locals only. That approach slowly changed over the years, however, and the festival now accepts entries from filmmakers all over the world. This year, Sprockets received entries from as far away as Iran, France and Hungary, as well as from Norman, OK, a little closer to home. Because the festival received so many submissions, it will be expanding into two music video shows.

Sprockets kicks off at 7 p.m. on Saturday, June 15, with a VIP reception at Flicker Theater & Bar. That’s when you can meet the judges, filmmakers and Mr. PBR before the big event later that evening. At 10 p.m., the fest heats up next door at the 40 Watt Club, when the Sprockets Music Video Show presents screenings of all competing videos. You can cast your vote for the Audience Choice Award, and the search for the Best Music Video will be determined, selected by a panel of industry judges that includes Coleen Haynes, executive producer of Black Dog Films; Heather McIntosh, musician and film composer; Stephen Pitalo, journalist and music video historian; Christopher Roberts, Head of Artist Relations at VICE Media; and Jennifer Smith, Associate Professor of Telecommunications in the Grady College of Journalism and Mass Communication.

On Thursday, June 20, at 8 p.m. over at the Morton Theatre, the winners of the Audience Choice Award and Best Music Video will be announced and screened during the Flagpole Athens Music Awards Show. A couple of days later on Saturday, June 22, at 5 p.m., local independent theater Ciné will host the inaugural Sprockets Local Showcase, featuring two hours of music videos from filmmakers based in-and-around town. The event is free with an AthFest wristband and only $5 without one. So, munch on some popcorn, grab yourself some drinks and watch some videos in air-conditioned comfort before moseying back into the smothering humidity outside.