Works by Howard Finster came from many collections.

“It was like my wedding,” beamed artist and curator Peter Loose as he recalled last Friday night’s opening for “The Great Folk Parade: From Finster Forward.” “It was so huge, it was crazy.” Hundreds had flocked to the Oconee Cultural Arts Foundation (OCAF) to see the large selection of Southern folk and self-taught art on display. Artists like Cap Man and Kip Ramey were there working the crowd and dressed to the nines, adding to the fun and colorful evening.

The show is an eye dazzler. It includes large and varied groupings of works by folk art icons like the Reverend Howard Finster, RA Miller and Eddie Owens Martin. It also features pieces by younger artists practicing today. Ramey contributes paintings he created specifically for the show, including a delightful portrait of John Lee Hooker.

The show is obviously a labor of love on curator Loose’s part. He has culled work from 12 collections, with a few pieces coming from as far away as the Washington, D.C. area. He also solicited pieces from up-and-coming artists, many of whom were visibly thrilled to be a part of the event on Friday night. 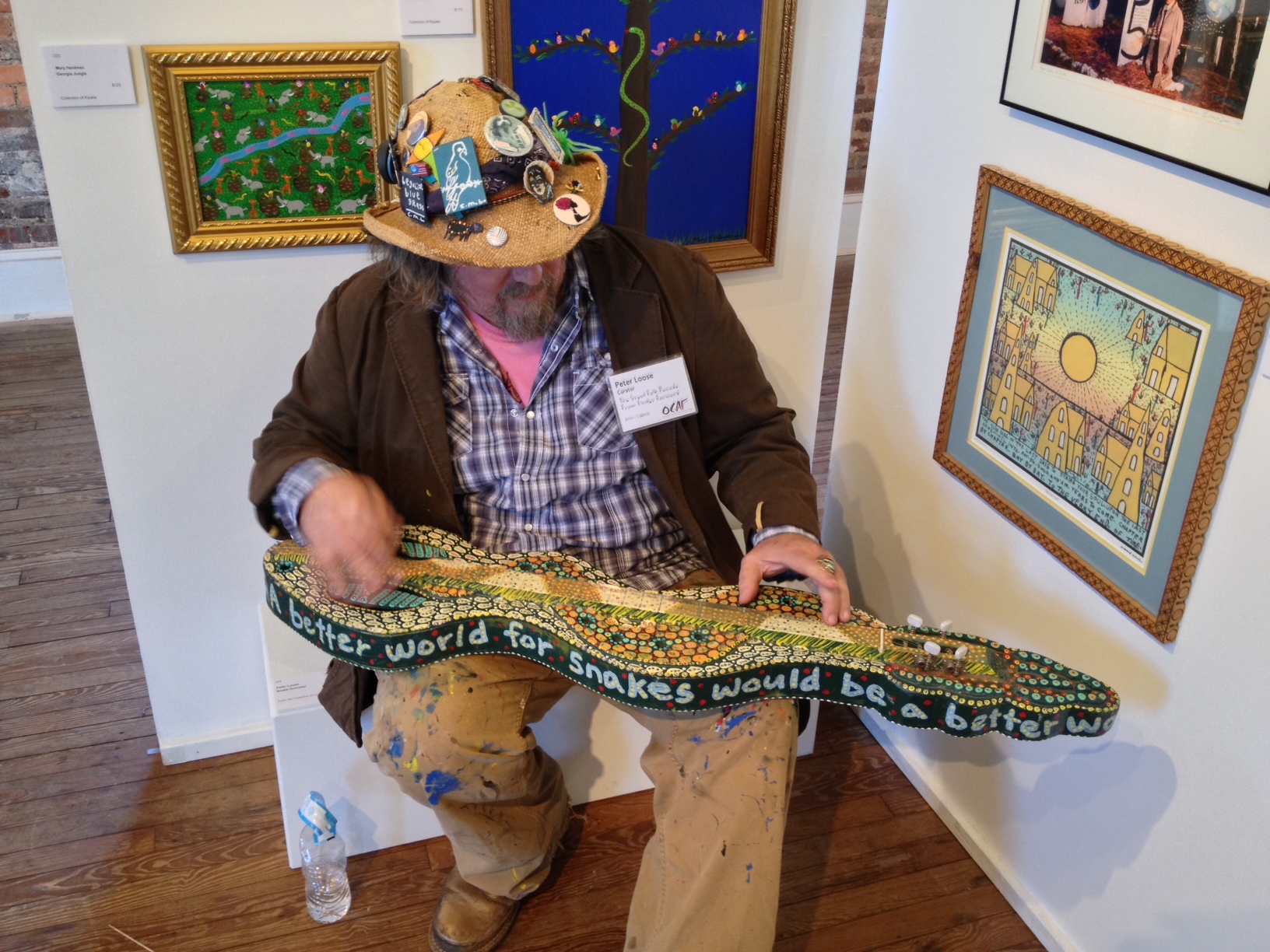 Loose had help installing the exhibit from Kip Ramey, his wife Cora Lee Hardman and artist Tex Crawford. Loose says, “It just worked. I had this weird vision—only two pieces didn’t make it in.” The show fills the space beautifully. Face jugs by Lanier Meaders and other artists congregate. RA Miller’s giant “Devil” and “Blow Oskar” fill a corner together as if the wall had been waiting for them all these years.

Works by Eddie Owens Martin, also known as St. EOM, shine on their own freestanding wall. Photos of the visionary artist at work hang alongside his stunning mandala-like “Black Hole,” meticulously crafted vest and visually dynamic bag. The pieces all emphasize pattern and radial symmetry, and are alone worth the drive from Athens.

The common threads among works in the show are boldness, honesty and a compulsive need among the artists to express their vision. Together in the gallery, the works absolutely sing. As artist John Cleveland said at the opening while looking around the room, “This is significant.”

“The Great Folk Parade: From Finster Forward” will be on view at OCAF through Friday, Feb. 20. 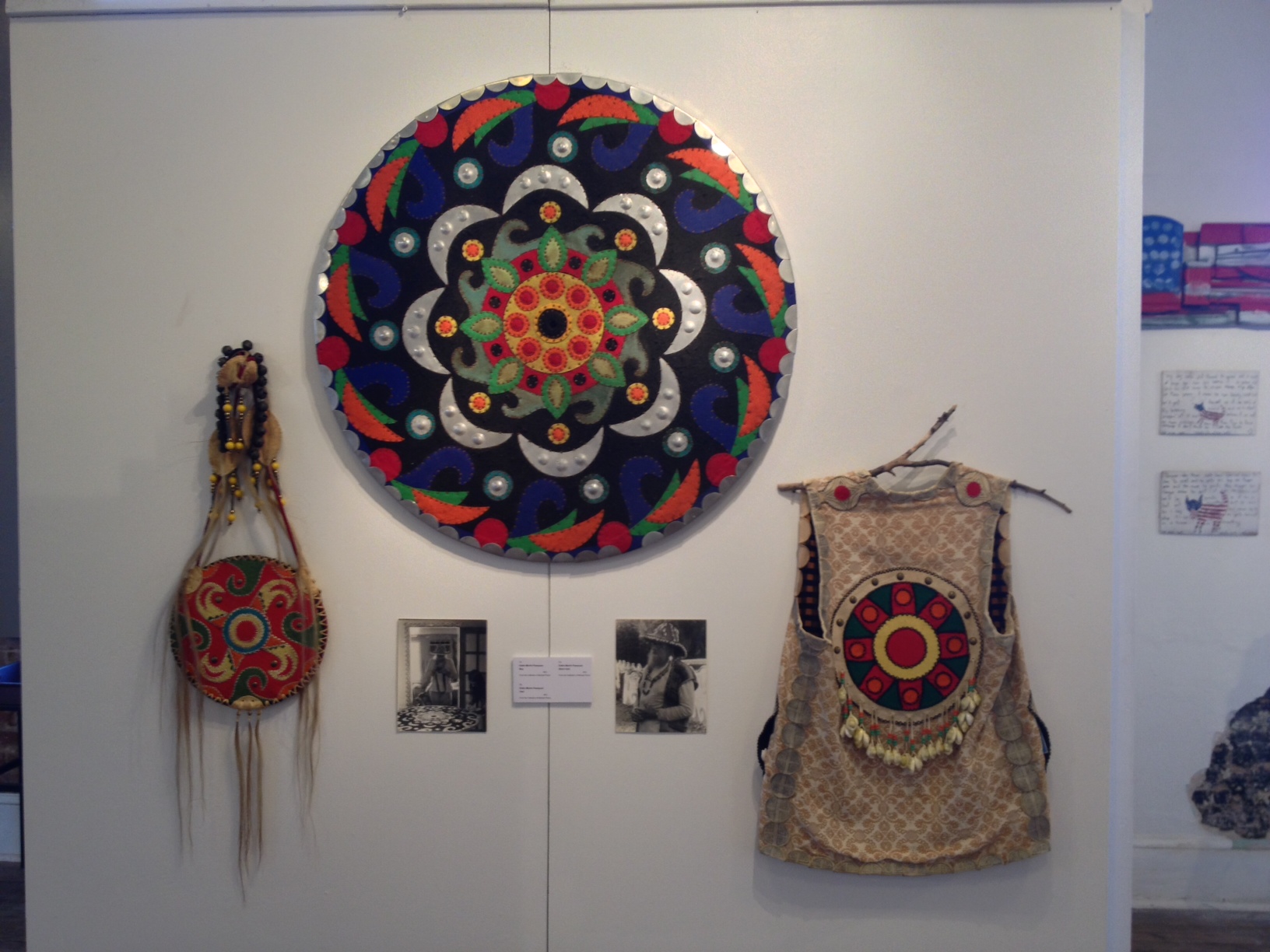 Works by St. EOM, from the collection of Michael Pierce, are on display.

On the Road with Chief Scout, Heyrocco and Concord America: SOS